A Green traffic light does not mean Go

Green means that it's legal to go; it doesn't mean that it's safe to go.

A short while later, I passed by going in the other direction.  I'll never forget that beautiful April morning.  The hearse.  The sheets up over her shattered car.  She was 17 and on her way to high school.
So, when it turns green, look before you go. Look left, then proceed into the intersection, look right, then proceed across.
Posted by Jordan London at 5:11 PM No comments:

Most devastating sports loss ever

As a sports player I can think of nothing worse than to have your first loss of the season be on the last game of the season.

The Patriots loss far more than just a Super Bowl, they loss something only one other team in all of NFL history has; they loss a perfect season.

I still lose sleep over it.  I wonder if any of the players do.
Posted by Jordan London at 5:53 PM No comments:

Words that drive me nuts

Our society is preoccupied with food.  The concept of loving food is disturbs me.  "I love food!" he says. Can you be more specific?  Are your referring to tacos? ham? pickles?  Or they ask  "Do you love lunch?" Well, it depends on what is being served.

The food advertising industry is overly fixated on "taste".  They push "taste".  They focus on "taste"  Everything seems to be about "taste".  Eating is far more than just the taste; there's smell, texture, fat content, health content, visual, etc.....  And when waitresses start asking me "How does your food taste?"  Do they not care how it smells? Better would be to ask "How is your roast?  Or how is the steak?  etc....

This word is so far overused in our society it's sad.  Some people use this word in every sentence they speak.  It's filler.  It's padding.  It's like "Um".
Posted by Jordan London at 5:50 PM No comments:

Eye Exercises to Protect Your Vision

In addition to reading with bright light, regularly stretching your eye muscles is extremely important in  protecting your vision. 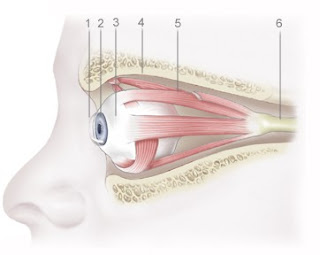 Our eyes are enveloped in muscle, these muscles control eye motion and help them align and focus on objects.


Like other muscles in your body (legs, arms and back), the eye muscles should be stretched regularly. Stretching keeps muscles loose, strong and flexible.


Eye muscles can be stretched simply by moving them slowly in their extreme periphery of motion.  Begin by holding an object (such as a cup) slightly above and in front of your head . While keeping your head still, slowly move the cup in a large circular arc just within range of vision.  Following the cup with your eyes without moving your head.  This will force your eyes out to their furthest outer range of motion.  Slowly arc the cup around to the right then around to the left follow. 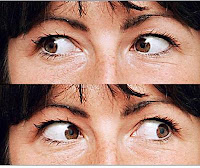 We tend to look down far more often than up (while eating, reading, etc....) therefore I tend emphasize upward stretches.
Posted by Jordan London at 7:34 PM No comments:

There's a debate on; some people are claiming that not only is the earth heating up, but that human activity (specifically the burning of fossil fuels) is the cause. Others say that there is no evidence of a warming earth and even if there were, burning fossil fuels is not the cause.

It's a heated debate because the stakes are high; global warming has the potential to dangerously affect the lives of millions (if not billions) of people. Melting ice caps and rising seas will threaten coast lines and can further affect famine, mass human migration and war and trillions lost in damage.

The human race has never faced anthing even remotely as critical as global warming (except maybe nuclear weapon profileration).

The debate is on! What do the two sides agreed upon?

What do the two sides disagree upon?

Advertising is a simple affair; there are only two parties involved and each has a critical role:

A commercial must do 3 simple things:

Posted by Jordan London at 4:15 PM No comments:

A warning to native earthlings

The search for extraterrestrial life is analogous to native Americans back in 1400's trying to contact Europe.  Could anything have been worse for the native Americans than the arrival of Europeans?

So I buy a mouse to feed my snake. Could not alien life collect humans to feed their pets?  Impossible? I don't think so.  Assuming we are the pinnacle of intelligent life is a huge assumption.  We are no different than those native Americans back in 1400.  They had their technology; the invaders/explorers had better.

Hollywood moving like Independence Day and Mars Attacks that give aliens an obvious and mortal vulnerability aren't realistic. More likely, it'd be like it was in the 1400's; a small ship lands here with a few aliens with better weapons, and they take whatever they want.

I'm not saying we shouldn't search for extraterrestrial life, but we should consider all possibilities.
Posted by Jordan London at 6:23 PM No comments:

Why soccer will never be a prime time sport

Soccer will never be a prime time TV sport because it's too hard to see the ball.  Watching football, baseball, basketball and tennis on TV is as good or better than the best seat at the stadium.  But watching soccer on TV is worse than the worst seat at the soccer stadium.  Try it; you're about a million miles from the action.  Why they pan so far out and show the entire team and not focus closer on the player with the ball is beyond me.  Soccer will forever be a second class act until they zoom in.  This also holds true for hockey and lacrosse.
Posted by Jordan London at 6:05 PM No comments: